Beginning at the end? 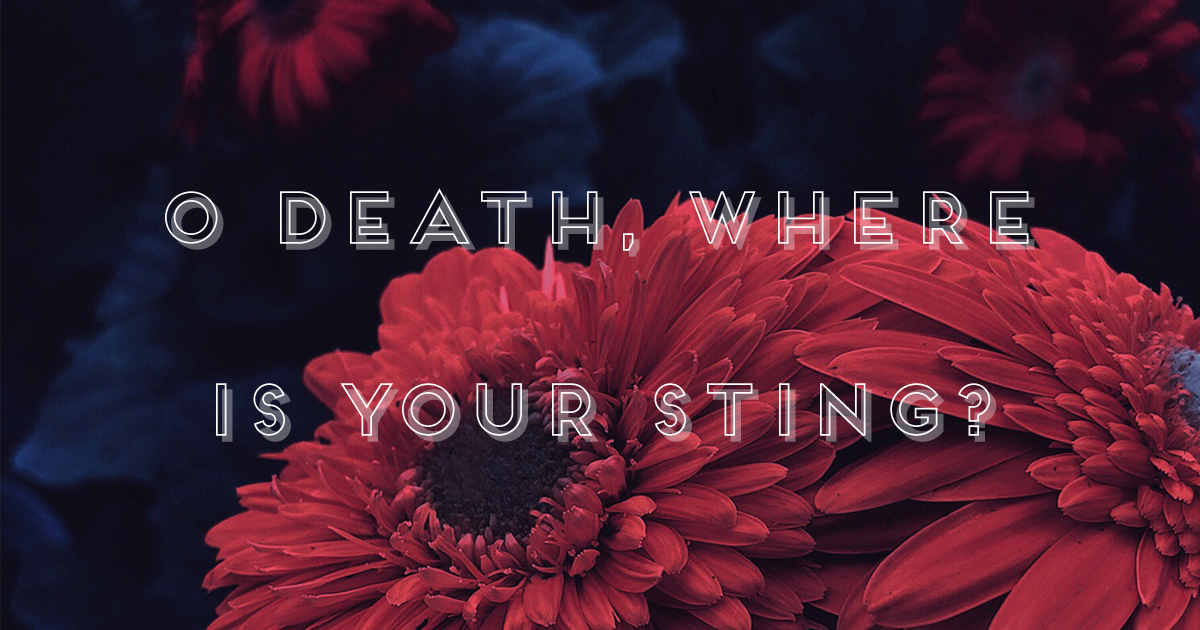 When the sabbath was over, Mary Magdalene, and Mary the mother of James, and Salome bought spices, so that they might go and anoint him. And very early on the first day of the week, when the sun had risen, they went to the tomb. They had been saying to one another, “Who will roll away the stone for us from the entrance to the tomb?” When they looked up, they saw that the stone, which was very large, had already
been rolled back. As they entered the tomb, they saw a young man, dressed in a white robe,
sitting on the right side; and they were alarmed. But he said to them, “Do not be alarmed; you are
looking for Jesus of Nazareth, who was crucified. He has been raised; he is not here. Look, there is the place they laid him. But go, tell his disciples and Peter that he is going ahead of you to Galilee; there you will see him, just as he told you.” So they went out and fled from the tomb, for terror and amazement had seized them; and they said nothing to anyone, for they were afraid. (Mark 16:1-8 NRSV)

In Mark, there are no resurrection appearances as there are in the other Gospels. There is only the empty tomb, and the young man who tells Mary Magdalene, Mary the mother of James, and Salome that Jesus has been raised and that he is going to Galilee “just as he told you” (Mark 14:28). The women fled in fear, as had the disciples at his arrest, and say “nothing to anyone”. Not a very satisfactory ending to a Gospel.
Yet, that is exactly the point. All along Mark’s language is terse and percussive. Everything happens immediately. Jesus runs from place to place, one person to the next. “Beginning the good news of Jesus Christ, Son of God” is how Mark begins. And in that same way, the crucifixion and resurrection of Jesus is just that, a beginning. Mark invites us to keep the good news going, to bear witness. Will the disciples follow Jesus word and run to Galilee? Will we also head to Galilee? The promise to those terrified disciples is that the risen Lord runs ahead of them on road, already traveling their path as they seek to follow him. And that is the promise for us also. As we hear the story of death and resurrection, we are reborn and nothing for us is the same. Jesus runs along the way with us and ahead of us clearing the way. Have no fear!
Pastor John Schraan